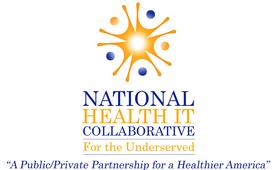 “It is vital that the 550,000 Puerto Ricans in Lifeline program continue to have access to it.”

SAN JUAN, PUERTO RICO – March 8, 2018 – Federal Communications Commission (FCC) Chairman Ajit Pai toured Puerto Rico this week and promised $954 million to restore communications networks knocked out by Hurricane Maria.  At the same time, the National Health IT Collaborative for the Underserved (NHIT Collaborative), in cooperation with HIMSS and HX360, hosted the “Leveraging Health IT to Address Health Disparities: A Leadership Conference”, which brought together national leaders who discussed how to leverage the federal Lifeline program, which the FCC administers, as part of a disaster preparedness-and-response network.

An estimated 550,000 Puerto Ricans participate in the Lifeline program, which was designed to ensure that low-income households in the United States are able to partake of telecommunications advances and all of the benefits that they bring, including the ability to find and keep jobs, maintain good health, contact emergency services when needed, and preserve strong family and community ties.  The FCC has recently proposed several changes to the programs that have drawn concern from a diverse group of commenters.

Luis Belen, CEO, National Health IT Collaborative for the Underserved, said: “In many ways, Puerto Rico and the U.S. Virgin Islands are a microcosm both of why Lifeline is so urgently needed and how it can work to make life better for its target audience. It is vital that the over 550,000 Puerto Rico participants in the Lifeline program, who consists of our most vulnerable, continue to have access to it.”

At the NHIT Leadership Conference this week, Belen highlighted the “NHIT Care Campaign – The Importance of the Lifeline Program During Disaster Relief in Puerto Rico, USVI and Underserved Populations Nationwide.”

Working with Federally Qualified Health Centers (FQHCs), the Puerto Rico Primary Care Association Network and other groups, this cutting-edge combination of the federal Lifeline program and other technology will allow officials to notify and communicate with millions in the Lifeline program, including sending alerts, tracking patients in “hot spots” and teaming up with federal partners during disasters for communications.  NHIT Collaborative and its partners are working to leverage and link with other federal initiatives such as the ASPR Empower Model and Patient Unified Lookup System for Emergencies, or PULSE to create an immediate ALERT network for the most vulnerable populations.

Belen said: “In Puerto Rico, the US Virgin Island and portions of the mainland United States, it is increasingly clear that we haven’t had all the right tools in place in the past to communicate with citizens at times of natural disasters.  This is a particular concern when it comes to low-income individuals, who in many ways are uniquely vulnerable to such disasters.  The NHIT Care Campaign brings together the best available tools – including Lifeline – to make sure that we take care of our poorest citizens when they are most at risk.  Chairman Pai needs to understand the critical importance of having a strong Lifeline program in Puerto Rico and elsewhere.”

The National Health IT Collaborative for the Underserved, with guidance from supporting partners, launched the NHIT Care Campaign to restore the health safety net for the people of Puerto Rico and the U.S. Virgin Islands in the wake of Hurricanes Irma and Maria.  Given the significant damage to Puerto Rico’s national infrastructure, Federally Qualified Health Centers (FQHCs) and affiliated primary care provider networks have urgent needs for power, medical supplies, communications, and telemedicine support to conduct emergency medical response and coordinate care in coordination with disaster response operations across Puerto Rico.   For low-income individuals, Lifeline is seen as an essential part of the emergency communication model that is now emerging.

ABOUT NHIT COLLABORATIVE
The NHIT Collaborative has mounted a long term campaign to include a consortium of federal agencies and other key private sector and community-based stakeholders to improve the quality of care, increase access to care and care-related service, and reduce the cost of care among the underserved so that no community is left behind. NHIT represents national, regional, and local organizations focused on addressing health disparities through the use of new and innovative technologies and peripheral mobile devices.